How is the curriculum structured?

Our curriculum is broken down into 5-weeks blocks. Each block is a combination of techniques. Students can look at the gym whiteboard to see which week we are currently doing.

Video recordings of the main techniques covered in the current block are available here.

Can my child review the techniques at home?

Video recordings of the main techniques covered in the current block are available here.

Students are encouraged to review the techniques at home with their siblings or parents as long as it is playful.

What are the promotion criteria?
1. Good attitude and behavior
It means no behavior mark in and outside of the gym (ie: home, school, …). 1-2 warnings will be given depending on the severity. Don’t hesitate to share any behavior you want us to reinforce.
2. Attendance
Students can’t be successful without consistent training.  Students are not eligible to test at the end of the block if they have missed 2 weeks without attending make-up classes.
3. Knowledge and mastery
Students are able to perform the techniques slowly and quickly without pausing. Students in traditional classes can narrate and answer questions about the tested techniques. We are looking at 70% mastery during the test which means that students know and are able to perform the techniques on a partner that is not giving resistance. Applying the technique in sparring requires more training.
How does the belt system work?
We follow the belt ranking system from IBJJF
Students start their Jiu-Jitsu journey with a white belt. The next belts are Grey/White, Grey, Grey/Black, … 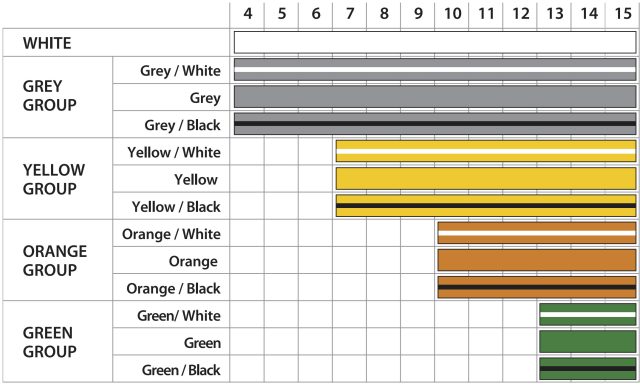 Kids Graduation System and minimum eligible age
Stripe promotion
Stripes on belt is a way to measure progress between belts. Students can receive a stripe promotion during test week (every 5 weeks) or outside of the test week based on the promotion criteria (see above).
– For the first two belts (white and grey-white belts), students get 5 stripes (4 whites and 1 red) prior to being eligible for their next color belt. 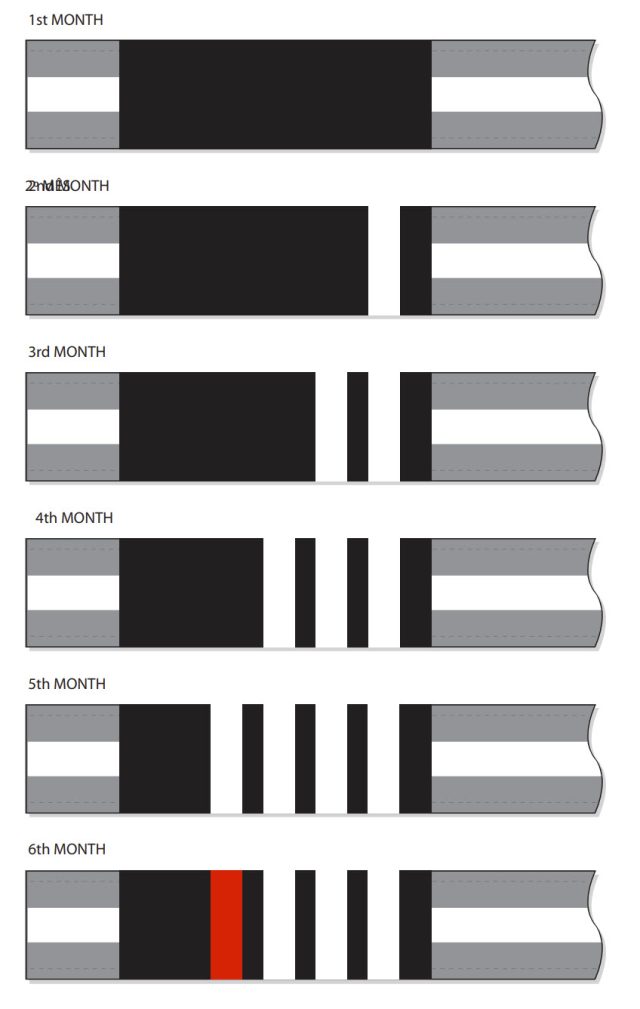 Note: IBJJ states 1 stripe promotion every month with the assumption that the student trains at least 2-3 times a week. Since our students mostly train 1-2 times, we have extended it to 5 weeks.
– For higher belts, students receive 11 stripes: 4 whites, 4 reds, and 3 colors of the next main belt color (yellow, orange, green)

How to tie the Jiu-Jitu belt?

Please watch our video tutorial and practice at home.

Why is the Jiu-Jitsu Gi uniform needed?

The reasons to wear the Jiu-Jitsu Gi are:

How do I wash the Gi uniform?

Wash the Gi uniform after every single training. Air dry is recommended but you can put it in a dryer using Delicate mode (low temperature). Warm temperatures can shrink the gi and stress out the fabric.

How to be a supportive Jiu-Jitsu parent?

Parents have an important role in their children’s progress. Here are the 5 best practices we recommend our parents:

This is an excellent guide for parents

What if my child missed a class?

Cancel ahead (4 hours prior to class) on Zenplanner in order to book a make-up class within the same week, or reach out as early as possible for us to help you book it this week or the following week.